You run a medical and health company and you reach out to AMC for a translation or interpreting job. What would you say in your request?

You say:
I need a

Which two answers are correct? (see the bottom of this post for answers)

Translation converts one written language into another.

Simplified Chinese and Traditional Chinese are the two written Chinese characters. The former is used in mainland China (P. R. China), and the latter is used in Taiwan and Hong Kong, for example.

Having grown up in North China, I’m a Simplified Chinese writer. However, if clients approach me for an English to Traditional Chinese medical translation, I’ll accept with confidence. Why? Think of the two written Chinese forms as Australian and American English. In the Chinese Word version, I can switch between Traditional and Simplified Chinese with one click. For sure I’d need to heed idiom and phrase uses as you do in Aussie and American English, but you get the point.

On the other hand, interpreting converts one spoken language into another.

Mandarin is the official spoken language in mainland China. It is spoken in Taiwan as well. Hongkong, in contrast, speaks Cantonese as its official language. Residents from several Southern provinces in China speak Cantonese as a dialect.

Contrary to written Chinese, in discussing a health interpreting project with clients, I always state up front that my language pair is English and Chinese Mandarin, as Cantonese is out of my league!

We developed a table to sum it up. 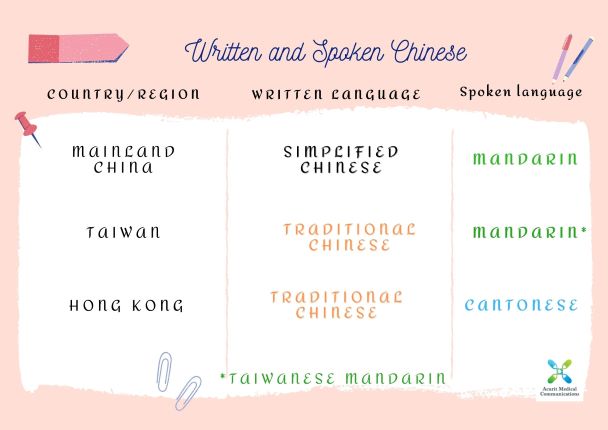 The answers are: 2 Simplified Chinese translator, and 4 Mandarin Interpreter. Did you get it right? 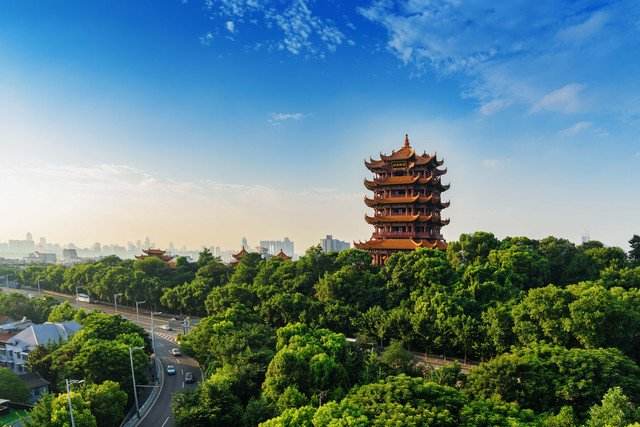 Western health product companies, can you transform danger into opportunity in the coronavirus crisis in China?